How ironic! We’ll be talking about TV while I’m up in Palo Alto with my husband who doesn’t have cable! Yes, it’s Netflix life here. I am going to bang this blog out a little fast because I’m super tired. I slept poorly last night (excited for a race) got up early to race, and then had too much to do to take a post race nap! 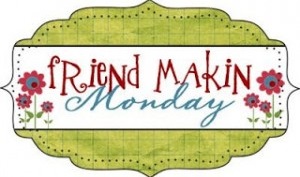 If you’ve taken part in FMM then you know the rules. If you’re new, please take a moment to answer this week’s question on your own blog then add your link in the comments section here at: http://www.alltheweigh.com so we can all see your FMM questions and answers. Please invite your blog readers to add their links here too so everyone has to opportunity to be seen. The idea is to connect with other awesome bloggers so take a moment to post your own FMM post and comment on a couple of other posts. Now it’s time for this week’s topic!

1. Share your current “Must-See” TV shows. Right now is kinda of a bad TV time in the calendar. I’m still Keeping Up with the Kardashians and I’m enjoying American Ninja Warrior and The Hero. I just finished 666 Park Avenue, which makes me sad because it was cool and creepy and then got cancelled.

2. Do you prefer reality shows or sitcoms? While on the surface, I prefer sitcoms, I don’t think the quality is really there for the most part. There is nothing like The Cosby Show or Family Ties! So, I’m drawn more to reality if I had to choose. But my fave unscripted TV shows are thriller/adventure/mystery things.

3. Who is your favorite talk show host? I don’t really watch many talk shows, but I think I’ll pick Dr. Drew! No doubt Anderson Cooper is awesome as well.

4. Which network(s) do you turn to for news? CNN and Headline news. I also try to watch as much local news as possible. My mom instilled in me at a young age that it’s important to know what’s going on in the world and in your town.

5. Do you have Tivo or DVR? If so, which programs do you have set to record? I think it’s only set for American Ninja Warrior currently! It’s slow in the summer. I use the Primetime on Demand feature a lot so I don’t have too many things on the DVR. I’ve been watching old My Cat From Hell episodes that I taped, too.

6. Have you ever started watching a show simply because you heard so much about it on social media? If so, which one did you watch? Downton Abbey for sure. It helped that I had friends that absolutely wanted to share it. Way back before most social media, my friends from an online game got me interested in LOST, which is definitely a favorite of mine.

7. List any TV series that you own on DVD. LOST, The Osbournes, Roswell, Nip/Tuck, Firefly, Gossip Girl, Greek and an oldie: Voyagers!

8. Do you have a subscription to Netflix, Hulu, etc? We have Netflix streaming at both home bases, on AppleTV. I love the AppleTV. I love that I can play my iTunes library, bring in my Photo Stream, and watch You Tube and control it with my phone.

9. If you could star in a TV show that already exists, which one would you choose? Vampire Diaries, so I could hang out with Ian Somerhalder! I’d like to be a sassy vampire like Lexi, only not so dead.

10. If you could bring back one TV show that is no longer on the air, which one would you choose? That’s hard, really hard, because so many shows I like have been cut down in their prime. I’m going with Journeyman. It was a great time travel, fix the past, kind of show. It had a lot going for it. Setting the time period with music was so great. The story was just starting to heat up with us learning more about why the main character jumps in time… when the axe came down.